It is a good way to improve our products and service. Our mission is to develop creative products to customers with a good experience for Municipal Waste Recycling,Garbage Recycling Machine,Waste To Energy credit score assures cooperation and retain the motto inside our minds: consumers very first.
China Living Garbage Processing Equipment Suppliers

With the development of increasingly urbanization , the amount of garbage increased geometrically. Incineration method gradually lost the market since the dioxin and toxic produced by incineration causing irreversible effects on the environment, and for landfill, some garbage is difficult to degrade, which even takes hundreds of years, we cannot afford this even though China has a vast territory, because land is a valuable non renewable resources. 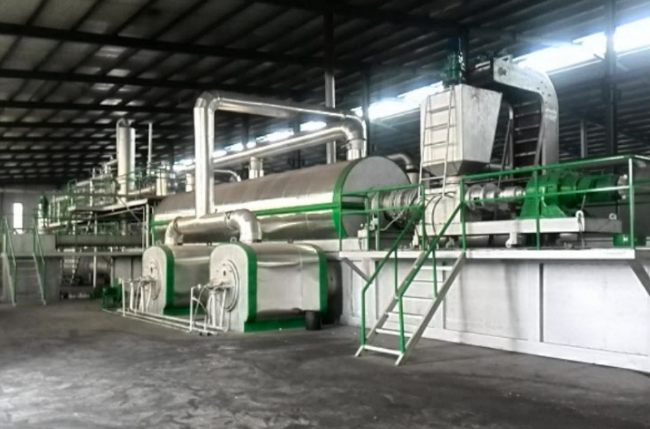 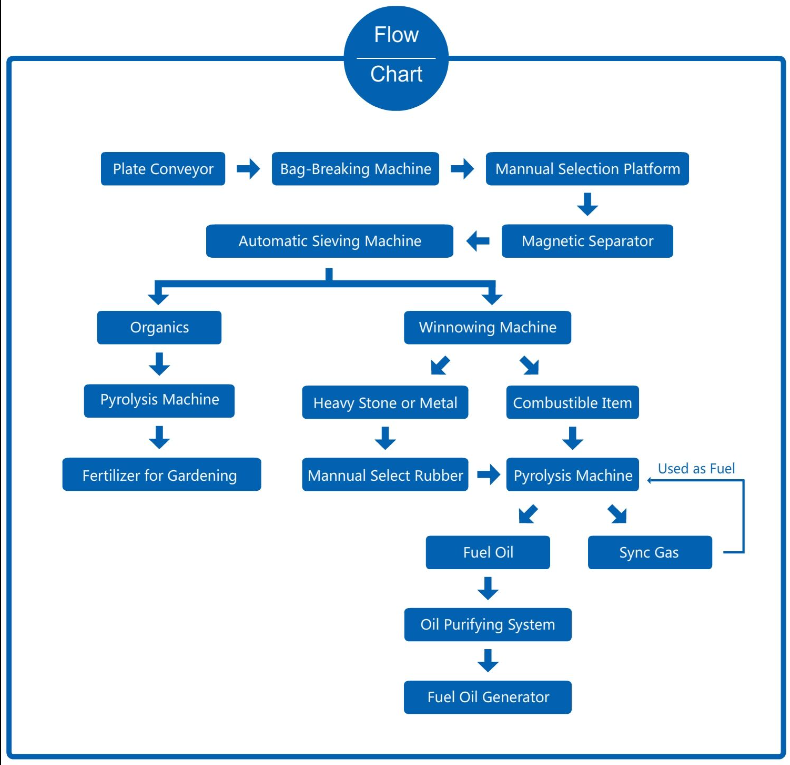 The equipment is applied to separate organic waste and inorganic waste from large-size refuse and processing them separately.

2.1 The combustible waste after sorting and shredding such as life rubber, plastics and knitted fabrics is conveyed into the low-temperature and anaerobic biomass decomposing processor. Through catalyzing and heating, oil gas is produced and then condensed into oil mixture by condenser. The remaining that can`t be liquefied is processed through gas purification system and then used to generate electricity by gas generator. The smoke after burning goes into smoke scrubbers so as to remove acid gas and dust, and then is discharged through chimney when it reaches relevant environmental standards. The residue from biomass decomposition is conveyed into carbon black collecting tanks through sealed screw, without any pollution.